GMU Chew sat down with Ram Nabar to talk about the future of Mason Dining, meal plan rates and why he’s not worried about pink slime.

GMU Chew: What does Mason have to look forward to for on campus dining?

Ram Nabar: Two Einstein Bros Bagels are scheduled to open in the fall. The Taco Bell behind Freshens [in the JC] is moving to Sub I, where Hot Spot is located. Hot Spot probably moving to where La Vincita, there are a couple of different options of where it could go. Chik-fil-a will become a full service location, I  know a lot of people are excited about that. A Panda Express in opening in University Hall. However they’re paying rent directly to the university, they’re not contracted through us [Mason Dining/Sodexo]. A vegan restaurant by Whitetop and Rogers.

GC: How do Mason and Sodexo work together to form Mason Dining? Where is the split?

RN: Mason basically is a partner for us [Sodexo] and we’re a partner to them. It’s a very seamless relationship, we’ve worked very closely for over 20 years. We touch so many aspects for life for students on campus. There’s lots of transparency, between what we do and how we do it. We’re one in the same unit. I would bring the restaurant concepts as the Sodexo district manager and the Mason corporate manager. There’s a strong amount of outsourcing, we [Sodexo] just happen to be the experts in food.

GC: Can you explain the budget breakdown of where meal plan money goes? How are the rates figured out?

RN: We’re working on a way to make it more valuable for students. The misnomer is that you’re getting a $6 meal equivalent when you use a meal swipe. Meals may range in actual value up to $8.50. It’s not always just $6 worth of food. We’re working on making it better.

*Editors note: On Monday, April 30, Mason Dining announced that the meal plan values would be amended for the 2012-2013 school year. 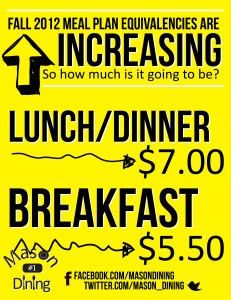 Mason Dining is increasing the meal equivalency value of meal plans by approximately a dollar for both breakfast and lunch/dinner.

GC: Who decides which new dining locations come onto campus?

RN: We work with the auxiliary services team to create new concepts on campus. We bring in dining committees for students, faculty staff, building supervision, any functional groups that have an opinion. We take them out and do a tasting. We get input from Café GMU, student life, whoever is available to handle that side.

Decisions are also driven by what students value. The number one brand asked for is Chipotle. We also have to consider the willingness of brands. Different brands are at different stages in their life cycle. Chipotle is fairly young and very popular and they haven’t seen the need to hit that market [the college market] just yet. We’re in conversations with them but it’s a process.

GC: How are meal plans/prices decided?

RN: We’ve always had value meals (Learn more about value meals and meal plans options) We look at our peer universities and look at their meal plan prices and what they’re charging. We’re at about the 50th percentile to what they charge. Our meal plan prices are very competitive. The best value is the 19 a week meal plan. Freedom is dollar for dollar, more like a balance on a debit card. To get into Southside you have to pay the whole $9, you don’t get the deal. However, you can use it to pay for meal deals. Then it becomes a value. 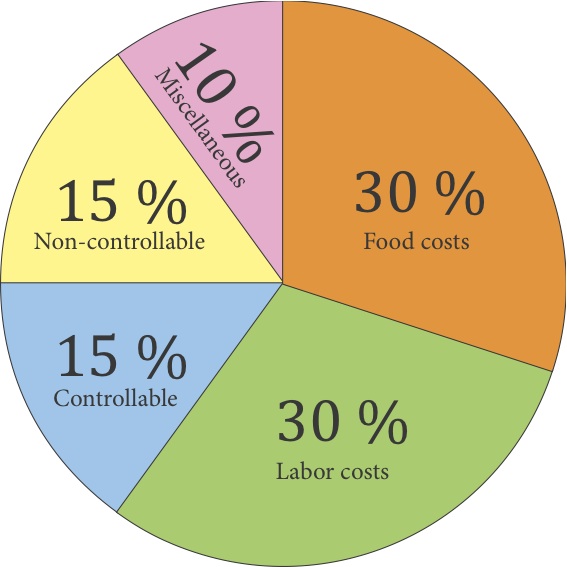 "Typically our food costs at the facility is about 30 percent of our overall budget. Then 30% to labor. The last 40 percent goes to miscellaneous things. 15 percent goes to controllable costs like transportation, telephone, overhead, paper and decorations. Another 15 percent is non controllable, things like workers comp, insurance and depreciation in construction," Nabar said.

GC: What does it take to run Mason Dining?

GC: How do you handle pink slime and other health concerns?

RN: We aren’t concerned about pink slime. The reason why we go with system and process that is we do is because our guys don’t have that issue. We use a lot of local suppliers. The moniker for local is a 250 mile radius. That goes pretty far into Maryland and parts of Jersey. For the farms that supply to our major suppliers there’s a quality inspection process. All their systems are checked. Safety is critical. It’s a number one priority, even before taste. 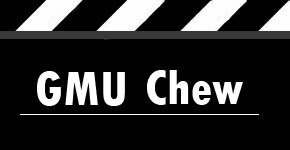 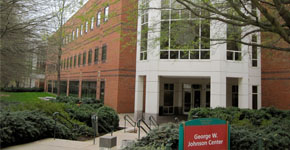 Find out more about the dining locations and learn which restaurants students like best. 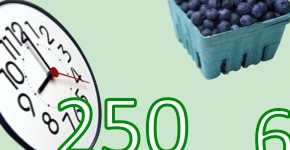